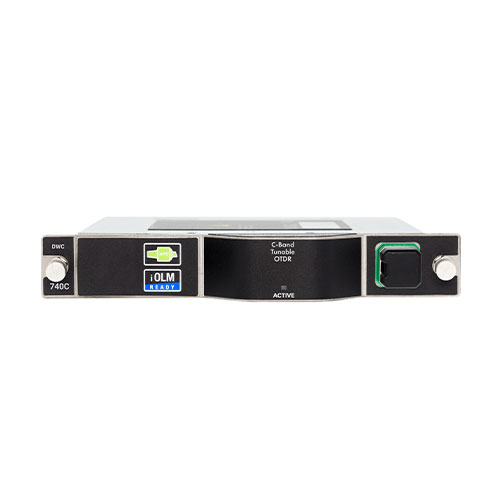 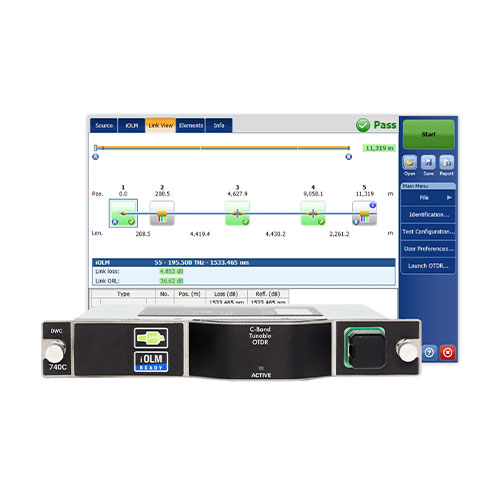 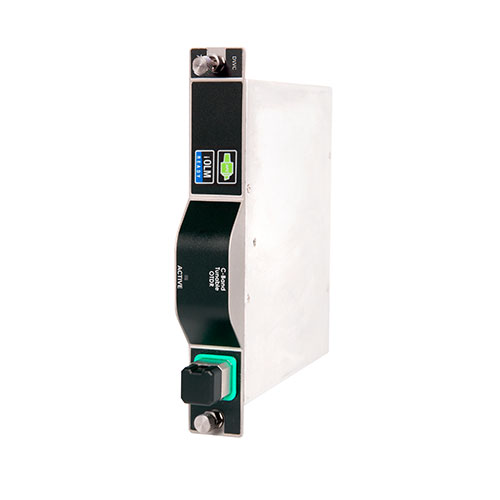 The FTBx-740C includes one CWDM tunable OTDR module to cover all 18 CWDM channels from a single port, and one DWDM tunable OTDR module to cover DWDM C-Band channels. This solution is available for the FTB-1 V2, FTB-2 and FTB-4 platforms. The FTBx-740C xWDM OTDR series has been designed with EXFO’s renowned high-quality standards to stabilize central wavelength under test, preventing any drift/leakage into adjacent channels, which would otherwise affect other valuable customers. This OTDR is a scalable solution that can grow with your network by adding channels further down the road, hence allowing CAPEX reduction while covering your current and future needs. The OTDR’s user-friendly interface lets the technician define a list of favorite channels over the C-Band (DWDM) or CWDM grid (CWDM) for quicker access and a more efficient test routine.

CWDM and DWDM are gaining popularity for passive C-RAN or commercial services deployments such as fiber deep, Remote PHY and metro Ethernet in which each wavelength can address a specific site, such as a cell tower. Both CWDM and DWDM approaches are not mutually exclusive and co-exist in hybrid passive networks that feature DWDM over CWDM to maximize fiber capacity.

Technicians can use a xWDM unable OTDR for single-ended CWDM/DWDM fiber characterisation and validating the continuity and end-to-end loss through MUX. As well as using the module for OADM and DEMUX, during construction, in-service testing using the clients wavelengths port- without any downtime or impacting other client wavelengths, and troubleshooting and characterisation by a single operation from head end.

Trustpilot
Trustpilot
We use cookies and similar technologies to provide and improve our services. By using our site, you consent to them.
Learn more Dismiss
TOP